Ignorance was truly bliss for me when it came to understanding our current digital landscape. Knowing what I know now I kind of just want to initiate the foetal position and never touch a digital device again. From phishing, to bot nets, sock puppets and cyber warfare it seems the internet is not the safe-haven I perceived to be.

For those who don’t know what a sock puppet is, allow me to burst your bubble of blissful internet existence. Sock puppets are whereby fake profiles and personas are created and maintained by governments and corporations to engage with others online and shape public discourse.This is quite a scary thing to wrap your head around as it’s pretty much subliminal propaganda .Only recently this information came to light after Snowden released confidential documents validating sock puppets existence. 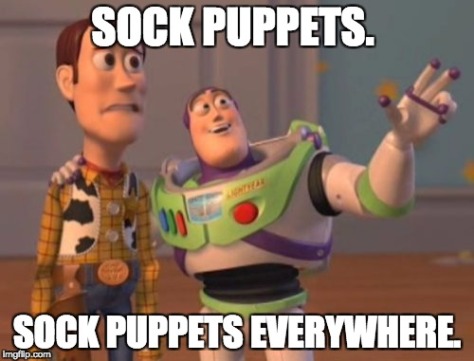 Now combine this with cyber- warfare and it’s clear that a pretty bleak future awaits us on the internet.  Cyber-warfare involves a governments and military attacking other countries via digital methods such as hacking, viruses, malware etc. to drastically alter a country’s industrial infrastructure. This can clearly be seen in the Stuxnet virus of 2010 which infected thousands of machines and interrupted operations at Iran’s nuclear facilities. As Zetter (2011) states:

‘When an infected USB stick was inserted into a computer…the exploit code awakened and surreptitiously dropped a large, partially encrypted file onto the computer, like a military transport plane dropping camouflaged soldiers into target territory.’

This just highlights the worrying potential for what cyber-warfare can achieve. I truely believe that were World War III to happen, it will take place via the internet. What is your opinion? Let me know in the comments below!

2 thoughts on “Tomorrow when the Cyberwar began.”